Kents own Merman of Margate, Jim Thomlinson, teams up with London’s vivacious sommelier, Beth Brickenden, to host an evening of Beaujolais and Coq Au Vin!

On the third Thursday of November every year, we celebrate Burgundy’s favourite vin de soif, Beaujolais Nouveau, made from Gamay grapes. Dating back to the early 1800s, producers would celebrate the end of harvest by toasting with young wine produced that vintage. In more recent years, nouveau fans would race across France, most notably to Paris, welcomed by fireworks and exclamations of “le Beaujolais Nouveau est arrivé!!” Beaujolais Nouveau has arrived!!

Join us to taste through three delicious wines including Beaujolais trail blazers Le Grappin as our nouveau star, amongst a selection of Beths favourite wines and Jims scrumptious Coq Au Vin.

Jim has been making waves lately through his roving Shell Garage seafood pop up – at Spacebar in Folkstone and The Prince of Peckham in South London, as well as recent sell-out weekend at Stingray and The Albion rooms, both in Margate . Locals will also remember his 2020 residency at Margate’s popular George and Heart. Prior to that, Jim had made a name for himself on the London food scene, trading as Prawnography at various locations in the capital: on Old Street’s magic roundabout, Street Feast’s Dinerama, and at Hawker House where he also ran The Moister Oyster Co.

Beth Brickenden recently adorned our screens as a presenter on Amazon Prime’s ‘The Three Drinkers in Ireland’ and has worked at the forefront of London’s wine scene with some of the most celebrated restaurants, wine bars and chefs. For over a decade she has been part of London’s hottest new openings; from Wine Director at the celebrated Street Feast, to Wine Boss of FIEND by Chris Denney and this summers’ hottest new opening, Caia.

With a degree in theatre and advanced qualifications in wine, Beth has honed her skills, and developed a fantastic new approach to wine tasting, creating playful, accessible and luxurious wine tasting events.

What else is going on? The Merman @ The Workers' League Whitstable 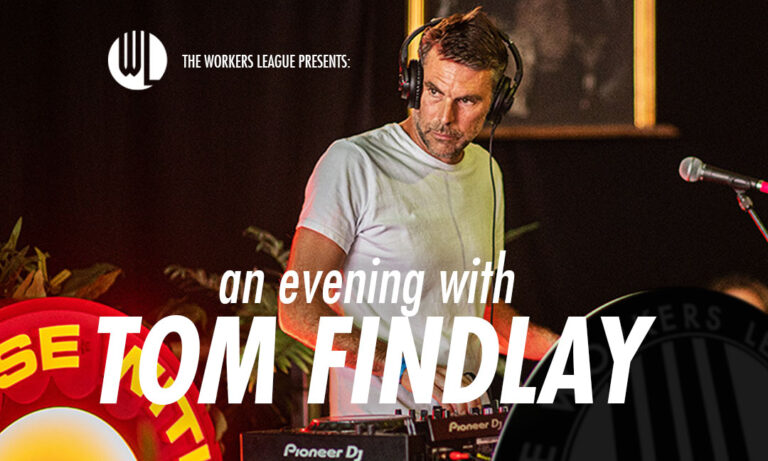 An evening with Tom Findlay Now Head Chef at Samphire in Whitstable, Mark continues to explore his love of American BBQ and live fire cooking with us.
View More
VIEW OUR EVENTS

Stay updated with the latest news and benefits: